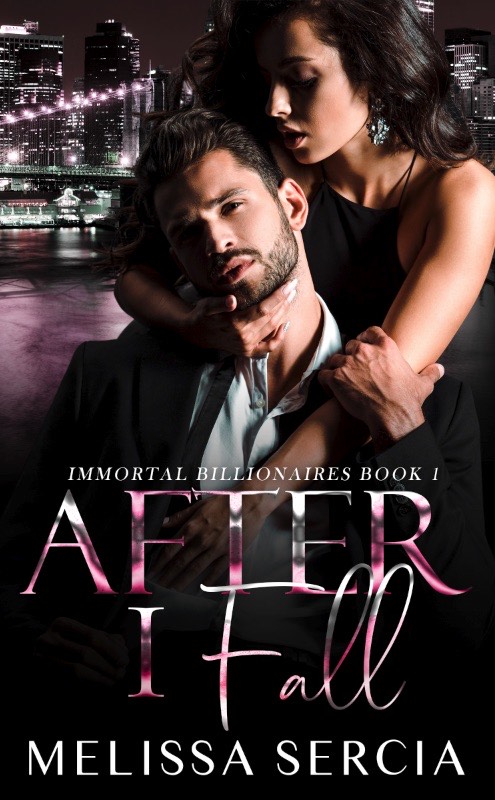 “Steamy romance with a bite…”

A darkness is coming for her heart. But it might be the only thing that can set her free…

I have nothing left to lose. Except everything.

Betrayal. Shame. A broken heart. I left it all behind for a fresh start in a new town. A new life. I was done with love. Until I meet Ozi. My new boss. He’s rich, charming, and sexy as hell. I came to New York to become a chef, not indulge in steamy fantasies. But he’s getting harder and harder to resist…

Eternal existence had taught me one thing—love was for fools. I vowed to never trust another woman again. Flesh was all I desired. Or so I thought. Until I meet Raven. She’s different—beautiful yet broken…like me. Her face haunts me and now I crave her touch more than blood. I want to claim her and consume every part of her…but she is something I’m not supposed to have.

Raven and Ozi have sworn off love, but when their paths cross, the sparks between them ignite a fire. Drawn to each other’s darkness, they can’t seem to stay away. Even though they’ve both been burned before. So when Ozi’s vengeful ex returns to settle an old score, all bets are off and their hearts aren’t the only thing in danger. With his past coming back to haunt him, Ozi must decide what he’s willing to risk to protect his secret. Or his immortality could destroy them both.

When lust turns into obsession, can it ever become love?

AFTER I FALL is a standalone book in the Immortal Billionaires series, a steamy paranormal romance with sexy vampires, possessive alpha males, and a HEA.

WARNING: This book contains graphic content and is meant for 18+ readers only.

Boy meets girl. They fall in love. The end… This is not one of those stories.

Hunting magical artifacts leaves little time for love. And I prefer it that way. Love never did me any favors. I have a great career, a million dollar apartment in downtown Manhattan, and the freedom to do whatever I want. Until I meet Lux. He’s sexy, mysterious, and the most arrogant man I’ve ever met. And now we are being forced to work together. With both my career and my heart on the line, I could lose everything if I give in to his seduction.

I’m an immortal incubus who feeds off sexual energy. Love is just a nightmare disguised as a fairytale. I learned that hard lesson a long time ago. Until I meet Piper. She’s spoiled, self-absorbed, and one of the most stunning women I’ve ever seen. Which will only complicate things. Her very presence is a distraction. I should be focused on the artifact but all I can think about is breaking her and making her mine.

As Lux and Piper fly all over the world in search of the missing artifact, their hunger for each other grows, but so do their secrets. And they aren’t the only hunters after the prize. With danger lurking around every corner, Lux and Piper must rely on each other more than ever. But how can a demon and a mortal woman learn to trust again when both of their pasts have left them broken? And when Lux’s old rival resurfaces, putting their lives in even more danger, Lux will have to make a choice—preserve the artifact or protect Piper.

When hate turns into desire, can it ever become love?

After I Break is a standalone book in the Immortal Billionaires series, a steamy enemies to lovers romance with possessive alpha males, a strong female heroine, dark romance, and a HEA.

WARNING: This book contains graphic content and is meant for 18+ readers only.